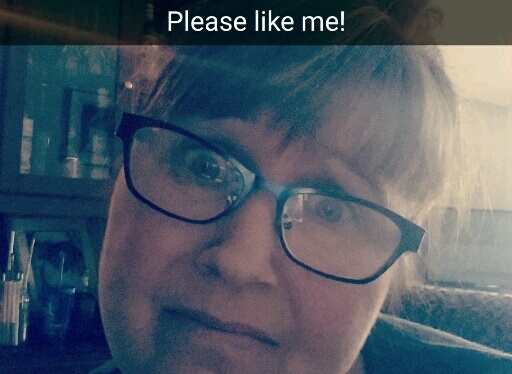 tioned to me recently, “I can’t believe people haven’t liked your recent Facebook post about XYZ?”. I shrugged my shoulders and said, “Meh….sometimes people just don’t feel like pressing the button. I don’t take it personally”.

We continued our conversation about how some social media posts get very little traction whereas others are liked and shared hundreds, if not thousands, of times.

What keeps someone from ‘liking’ your post? Why is a post of someone holding a sign that says, “I told Robbie that he could go to Disneyland if this post received 1000 likes” so popular? I mean….they are literally asking for you to like them.

Reminds me of the movie Notting Hill where Anna Scott (played by Julia Roberts) stands in front of William (played by Hugh Grant) and says, “I’m also just a girl, standing in front of a boy, asking him to love her”.

It begs the question. If you constantly post updates and no one either comments, likes or shares it – did anyone actually read it…..or does anyone really care? And……if they don’t….should we quit posting updates? Also who is ‘they’?

The psychological mind warping that has happened since the introduction of social media is….well….significant. We Instagram a picture of our dog looking adorable and then we get a little jolt of (Simon Sinek says it’s Dopamine) chemical in our brain when someone ‘hearts’ it or comments with an emoji.

If I created a graphic that said, “I get a rush of a neuro-chemical akin to a mini-orgasm to my brain every time you ‘like’ this post”, would that make a difference? If Robbie asks to go to magical Disneyland, why can’t I request a rush of magical dopamine?

If Simon Sinek is correct and our brains are becoming re-wired due to our use of technology, does that mean that at some point we will no longer get the same rush of dopamine when we exercise or laugh out loud?

If I knew that I could get a “runner’s high” and not have to run…..wellllllll I might just quit running. (hahaha – I would have to start first).

But….as usual I digress. We were discussing why some posts receive many ‘likes’ and others receive none.

I have no clue. Well…I do have a clue, but it is the obvious:

If there was an eye-roll detector that allowed us to see how many folks rolled their eyes at our most recent social media update that would probably give us some insight on why it wasn’t liked or shared. Pfft! I am certain that my posts receive plenty of eye rolls!

Do I care? (I would be lying if I said that sometimes it didn’t bother me a weeeeee bit)

At the end of the day, the ‘likes’ you receive on Facebook does not determine your value nor should you allow it to control how you gauge your worth as a person.

Your ‘followers’ or ‘friends’ do not define you.

Now….let’s all log off and go for a brisk walk – a jolt of dopamine awaits!